Co-Parenting with a Difficult Ex-Spouse 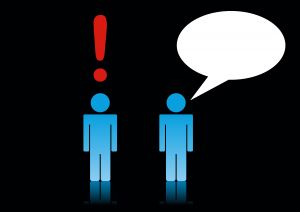 How we co-parent with our ex or our partner’s ex has a significant impact on our children and stepchildren. When that person is difficult to get along with or unhealthy emotionally, it creates a challenge for all those involved.

But there are ways we can manage our relationship with an ex-spouse to protect our children from further pain by our actions.

I’ve mentioned in previous posts that my ex-husband is an alcoholic, which ultimately cost him his family and his career as a medical doctor. Because of his hostile reaction to our divorce, I resorted to a restraining order immediately following our separation. I took a firm position with his tendency toward drugs and alcohol and told him early on that he would not be allowed visitation with the girls if he showed signs of impairment.

Educating myself about the disease of alcoholism taught me effective communication skills to use when co-parenting with my ex and the need to establish ongoing boundaries with him. It allowed me the freedom to take appropriate action to protect the girls while maintaining a relationship with their dad.

I also needed to look at my part in the continual conflict we had in the beginning. I wanted to change his behavior and found myself berating him constantly for his poor choices. When I finally let go of how he was choosing to live and began focusing only on parenting issues with him, our relationship improved, allowing smoother co-parenting.

When I re-married, my ex-husband struggled with the relationship the girls formed with my husband, Randy. We believed there needed to be open communication between my ex-husband and current husband, if possible. We finally opted to speak with my ex about his angry comments and hostile attitude toward my husband. Randy let him know that he wasn’t trying to replace him as their father, but wanted to be an additional parent and support for the girls.

Co-parenting with my ex has changed over time because he plays a much smaller role with the girls than in the beginning. But I still have to co-parent with him at times. I manage each situation on a case by case basis, focusing only on the parenting issue and the challenge presented.

Every re-marriage comes with different issues with ex-partners. When the interaction is strained or conflictive, it makes it hard on everyone.

Learning to successfully co-parent may require professional counseling or further education, particularly if you’re confronted with addiction or mental illness. But for the sake of the children, it’s important to keep working toward effective co-parenting.

Get posts delivered to your inbox --

Also receive my FREE ebook, Stepping With Purpose, a collection of personal stories from seasoned stepmoms.