The Privilege Of a Stepparent

“Please pray for our marriage. I’m afraid my husband is about to walk away.” My heart sank as I listened to the voice mail. The woman and her husband had been in our stepfamily class and I knew there were a lot of struggles. But I didn’t expect her spouse to quit.

The challenges of stepfamily dynamics cripple step couples who don’t have the tools they need to succeed in their relationships. The statistics of divorce are staggering for remarriage when children are part of the package. But divorce doesn’t have to be the answer.

Yes, it’s hard. It’s overwhelming. And it’s not unusual to feel like your stepfamily relationships will never be where you’d hoped. But if you quit, you’ll never experience the rewards that accompany the later years.

I’ll never forget the counselor’s words when he asked if I could consider the role I’d been given as a stepmom to be a privilege. Not a right to discipline or an expectation to be loved. A privilege. A privilege to impact two children in a way no one else could.

It didn’t feel like a privilege. It felt confusing and chaotic. It was harder than I’d ever anticipated. And the rewards were sparse.

But God wanted me to see that I had been given the privilege to influence my stepchildren differently than anyone else. Did my stepchildren need me in their lives? No. They had a mom and a dad who loved them dearly. But my extra love, my extra guidance, my extra encouragement, my extra nudging them toward Christ could make a difference.

We get it wrong as stepparents if we seek to influence our stepchildren as their biological parent. We expect them to respond to our rules and discipline when we haven’t earned that role. We look past the hurt and loss they’ve experienced and ask them to love us because we’ve joined their family. We expect them to react to us in ways that don’t match the heartache they’re carrying.

Do you want to make a difference in another child’s life? Do you want to impact the next generation for Christ? You can! But maybe not the way you’d planned.

Changing my heart about my role made it easier. I could lower my expectations because I wasn’t responsible for their behavior. I could step back and enjoy our relationships instead of trying so hard because the relationships didn’t have to look a certain way. And I could quit taking everything personally because it wasn’t about me.

Have I done it perfectly? No! But my young adult stepchildren love me despite my shortcomings. Am I thankful for the privilege I’ve been given? Yes!

How do you view your stepparent role? 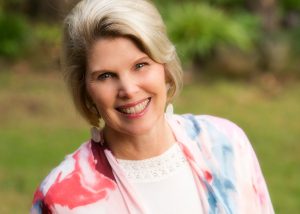 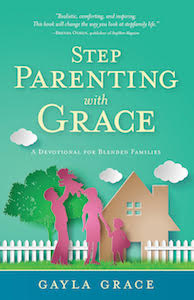